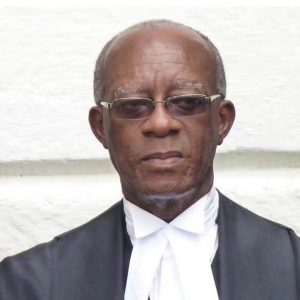 The voice of Saint Vincent and the Grenadines’ weekly television series ‘THE LAW AND YOU’ for the past 24 years is now silent.  But, his memory and legacy will live on, not just for his contribution to the legal profession and the Eastern Caribbean Supreme Court, but for his unwavering and deep commitment to the people of Saint Vincent and the Grenadines and the Eastern Caribbean as a whole.  We will remember him as a true regional figure and a son of the soil.

The Hon. Chief Justice, Judges, Management and Staff of the Eastern Caribbean Supreme Court offer heartfelt condolences to the family and friends of Mr. Parnel R Campbell QC. In their hour of grief, may they be comforted in the knowledge that his life exemplified service to his fellow men. May he live on in our hearts and the hearts of all those who loved him and may his soul rest in perfect peace.