The Eastern Caribbean Supreme Court congratulates Mr. Paul Dennis of O’Neal Webster, Mr. John Carrington of Mc W Todman & Co., and Mr. Michael Fay of the Ogier Group, all from the Territory of the Virgin Islands, for having been elevated to the rank of Queen’s Counsel.

Appointments to the rank of Queen’s Counsel (QC) are made by Her Majesty the Queen through her local representative, upon the recommendation of the Chief Justice of the Eastern Caribbean Supreme Court, and is an honour traditionally reserved for senior barristers who have distinguished themselves through exceptional leadership, professional integrity, and excellence in advocacy, at the Bar

Letters Patent were issued to them by His Excellency, the Governor Mr. Boyd McClearey. The appointment took effect on March 18, 2013. 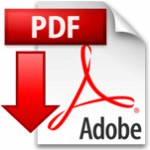