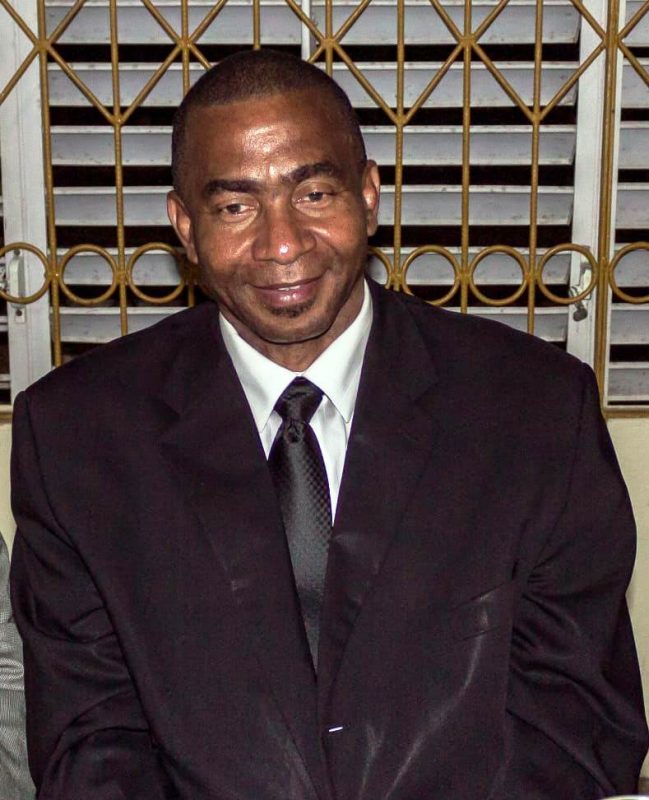 A Dominican by birth, Mikey was educated in the Commonwealth of Dominica, Barbados and Jamaica. He was a 1985 graduate of the Faculty of Law of the University of the West Indies, Cave Hill Campus, and a 1988 graduate of the Norman Manley Law School, where he obtained his Legal Education Certificate. He was admitted to the Bar of the Commonwealth of Dominica in October 1988, just one year before the formation of the OECS Bar Association.

Since his admission to the Bar, the truly versatile Mikey has served the profession in several capacities in Dominica: Administrative Cadet, State Attorney (1988-1989) and Registrar, Registrar-General & Provost Marshall (1989-1992) – all in the Ministry of Legal Affairs. He transitioned to private practice in 1992 and was a partner at Dupigny, Bruney & Associates for some twenty-seven (27) years. He also served as a Magistrate for brief periods beginning in April 2011 and up until his untimely passing.

Mikey was a true leader and fervent supporter of the OECS Bar. For nine (9) consecutive years (2000-2009), he served as President of the Dominica Bar Association (DBA). During that period, he consistently attended meetings and shared his invaluable ideas with his characteristic calm, measured and respectful approach and always rose to the call of duty. He also served on the Executive of the OECS Bar as Treasurer for four years (2002-2006).

Throughout his tenure as a Magistrate, Legal Practitioner and Mediator, Mikey endeavoured to do his best at all times in any one of his roles, striving not only to help those less fortunate than himself, but also to train those who sought to follow in his footsteps. He set a remarkable example in the way that he conducted himself – always fair, decent, and caring. Mikey was one of those rare persons – cautious, principled and a perfectionist. He will be greatly missed for his humble spirit, patient disposition, sound advice and deep sincerity to everyone he encountered and chose to associate with.

Famous for his humour, but deeply cerebral, his opinions when expressed always revealed the clarity of his thought and depth of analysis. For this reason, his views were highly regarded. As a region we have lost a great friend, a great colleague and a great visionary. The Court was fortunate to have had him as a practitioner in our jurisdiction His memory and legacy will live on, not just for his contribution to this Court, but for his unwavering and deep commitment to the Eastern Caribbean as a whole.

The Hon. Chief Justice, Judges, Management and Staff of the Eastern Caribbean Supreme Court offer heartfelt condolences to the family and friends of Mikey. In their hour of grief, may they be comforted in the knowledge that his life exemplified service to his fellow men. May he live on in our hearts and the hearts of all those who loved him and may his soul rest in perfect peace.