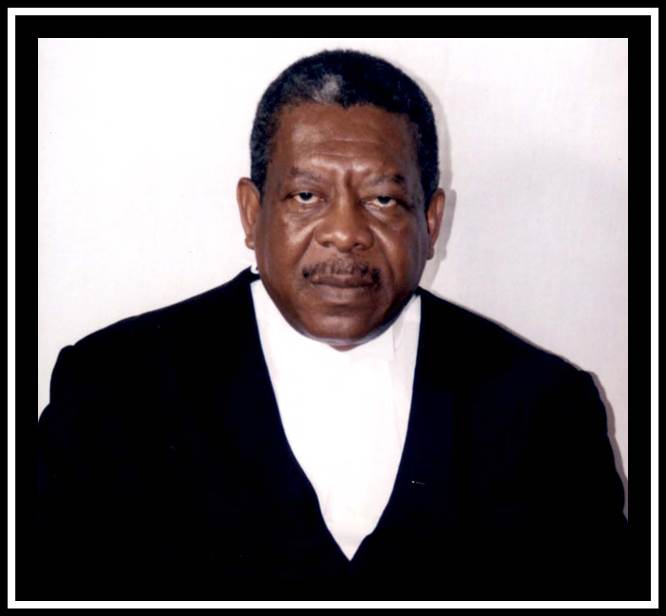 He read law at Cambridge, before being called to the Bar at the Hon. Society of Inner Temple as Barrister-at-Law of the High Court of Justice of England and Wales.

Sir Dennis graduated with an M.A and LL.B. from Cambridge University in 1966. In 1965 he was called to the Bar at the Hon. Society of Inner Temple as Barrister-at-Law of the High Court of Justice in England. He worked in private practice as a Barrister-at Law throughout Leeward Islands, with Chambers in Saint Kitts, Nevis and Anguilla from 1966 to 1982, before being appointed as a High Court Judge.

In 1982-1990 he served as a High Court Judge of the Eastern Caribbean Supreme Court (ECSC), with special assignment as Acting Chief Justice of Grenada in relation to the Maurice Bishop murder trial. Sir Dennis Byron has attended numerous Conferences on Judicial Reform Programmes and he is particularly interested in Judicial Education Activities. He is the current President of the Commonwealth Judicial Education Institute (CJEI). The Eastern Caribbean Supreme Court Judicial Reform Program had its genesis with Sir Dennis Byron.

He acted as Chief Justice of the Eastern Caribbean Supreme Court from 1996 and was confirmed in April of 1999.

In the year 2000 the non-hereditary title of “Sir” was conferred upon him by the Queen of England, Her Majesty Queen Elizabeth II.

Sir Dennis Byron was granted leave of absence in April 2004, by the Organization of Eastern Caribbean States Heads of Government to take up a three-year appointment in the continent of Africa, where he assumed the post of permanent judge of the United Nations International Criminal Tribunal for Rwanda, replacing Justice Lloyd George Williams, who resigned in March 2005.  Sir Dennis was elected President of the Tribunal in May 2007 and re-elected for a second term in May 2009.

His four-year tenure as President of the International Criminal Tribunal for Rwanda concluded in May 2011, and following the unanimous recommendation of Sir Dennis as President of the Caribbean Court of Justice (CCJ) by the Regional and Judicial Legal Services Commission he was sworn into office in his home country of St Kitts and Nevis on 1st September 2011.